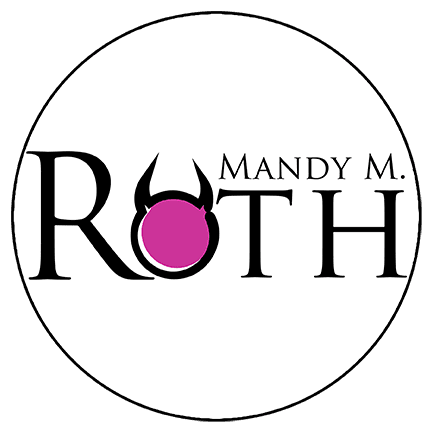 Q: What inspired your acclaimed and award-winning series the Immortal Ops?

A: Many things combined to create the perfect storm, if you will, for how I came up with the series idea well over a decade ago. Having been heavy into marketing and advertising and then suddenly finding myself needing to stay home to care for my boys, one of which had additional needs, I was left craving a creative outlet.

I first tried to get my “fix” by playing video games after the boys were asleep at night. I was online and playing the first day Xbox Live launched (Nov 2002). I found myself getting very into first-person-shooters and military games. I was darn good at it too. The more I got into playing video games, the more I wanted to read about the actual history behind the game. I found myself talking with friends who had served our country. I would devour anything they wanted to offer, listening, completely swept up in it all. Each story shared a common theme—a strong sense of brotherhood.

This appealed to me and in a relatively short period of time, I decided to do something about it. That impulse, combined with my love of history, science fiction, paranormal and technology, as well as my love of things that go bump in the night, really was a recipe for the Immortal Ops Series to be born from my imagination. From a very early age, I’ve been fascinated with the supernatural, myths and legends. I have always read books that revolve around the supernatural. I cut my teeth on Stephen King, Clive Barker, Anne Rice and the classics. Two books that made a huge impression on me were The Island of Dr. Moreau and of course Dracula.

The more I found myself digging into the history of the military and of world wars, the more I kept getting this thought in the back of my brain, pushing me forward. Urging me to combine both loves—supernatural and history. I thought, what would happen if I took a team of men who were in the military, and they were a paramilitary group, a black ops type of thing and I combined them with my love of the paranormal?

The scary part about the Ops series is that it is born from events that actually happened in history, just with a large fictional spin put on it.

See, I asked myself, what if I took from history, from eugenics, which so many assume started in Nazi Germany and threaded it into the very fabric of the military team? What if I were to take a page from history and the horrible cross-breeding attempts made by Ilya Ivanov and the Nazis to create super soldiers, who were ape and human hybrids? And what if I were to weave in even more aspects, like cloning, additional genetic engineering and so on? What would happen? What would you be left with? How damaged would the men be? What kind of government would do this? What if I were to build off the history of it all, have it where America made super-soldiers behind the scenes, and then drew back and wanted to cut ties and stop everything when Nazi Germany rose and the backlash from that hit, but, in reality, they didn’t stop? And with scientific advances, how would that work? What would it look like? The answer seemed simple to me. Take all these questions to what I felt was their logical conclusion and to also blend in what I love—werecreatures and vampires.

So the idea to have shape shifting military men who were created by the government was born. And that was how I came up with The Immortal Ops Series. I started writing in early 2000/2002 (I think 2002 but my documents and notes go back to 2000 and a friend pointed out 2000–I might be blocking this from memory LOL. I know I was embarrassed when I first started writing in my dark little downstairs family room, hiding what I was doing, thinking I was nuts for trying it. I also came across some notebooks from High School–way back in the early 90s that are filled with story ideas and story starts. Too funny to come across that now.), thoughts, ideas, very short stories, novellas and so forth. The Ops were among the first things I put together and it wasn’t long after that I was published (early 2004). My then publisher asked me if I could write something that was third-person point of view, instead of first-person, which I had first been published in. Since I had the Ops already started and the series all mapped out, it was just a matter of getting it to work as a third-person book, rather than first. Honestly, I wasn’t sure I could. I’d mapped the series originally to be first-person. It took some elbow grease, but in the end it worked and the first four books were published. Reader support for them has been amazing.

Sadly, I found I had to cut a lot to make the book fit with word count restrictions then, but I’m happy to report that I have the rights back and the first four books are being re-released with their original content.

Q: Have you read the New Species books? Did NS inspire your Immortal Ops World?

A: I know of the books because I’m friends with the author, but I’ve not read them. I hear they’re great! No, they didn’t inspire the I-Ops. The Immortal Ops was first published in 2004 (and written prior to that)–something like 7 years prior to NS coming out.

Q: Are your books like the Black Dagger Brotherhood series? Were you inspired by BDB?

A: I’ve been told that if you like one you might like the other but I couldn’t speak for it. I hear they are great as well! And no, I-Ops, as stated above, was released first in 2004 (and written before that) so before BDB (from my understanding).

Q: Were you inspired by any other current author’s work to write Immortal Ops?

A: No, as stated in the above section on what inspired me, there were a number of things, but no current fiction was a catalyst.